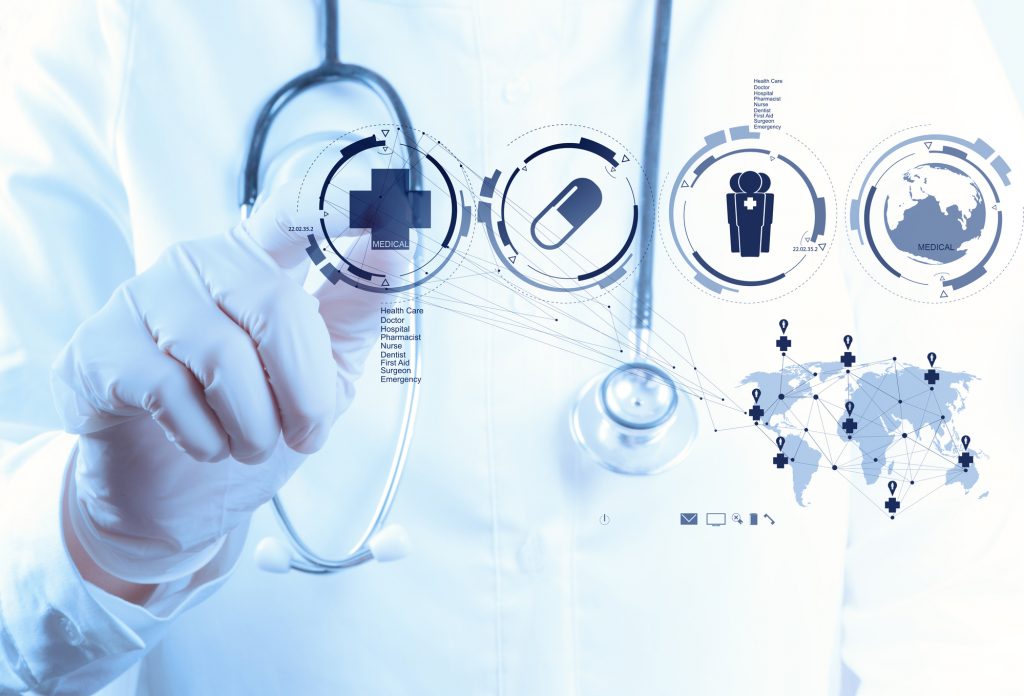 Global Trends And Their Impact On Jobs And Skills

The world has entered a new era. The Future of Jobs Report and Skills Panorama, alongside many other labour market skills intelligence sources, reveal the magnitude of technological development and the impact that this, coupled with socio-economic and demographic trends, will have impact on industries, job functions, employment levels and skills.
Among key factors which shape the future of jobs are the technological changes, the adaptability of the workforce and education systems to these change and talent mobility (World Economic Forum, 2018).

We can also list:
● climate change and the emerging green economy;
● the increase of the service economy within global markets;
● the mobility of workers and the impact of this on employment and wages
● urbanisation projections showing up to 70% of the World’s population will be living in cities by 2050 and the accompanying employment and consumption opportunities, as well as environmental implications, this will bring
● demographic changes such as an ageing population and the rise of millennials, which causes diverse changes in the work environment (higher demand for work in health and social care and education) as well as changes in work behaviours
● the impact of technological change on employment, job development and emerging occupations

According to the most pessimistic theories, this, so called “second machine age” (Brynjolfsson & McAfee, 2014) will lead to “massive unemployment, soaring inequality, and, ultimately, falling demand for goods and services as consumers increasingly lacked the purchasing power necessary to continue driving economic growth” (Ford, 2015). A report estimates that about 47% of total U.S. employment (57% in some OECD countries and 77% in China) is at risk of automation. In particular, the analysis estimates that a large number of jobs in office and administrative support, sales, service, and production might be automated in the next few decades (Frey, 2013).

In opposition to these projections, another study argues that overall 9% of OECD jobs are potentially automatable, due to the range of ethical, legal, and societal issues (e.g. social acceptance of robots providing certain services) that impact on the extent and speed at which technological possibilities are realized (Arntz, 2016).

Since the First Industrial Revolution, there have been concerns that technological progress will lead to unemployment and a rise in automation (Mokyr, 2015),. In 1930 John Maynard Keynes predicted that the humanity will be afflicted with a new disease called “technological unemployment” (Keynes , 1930). These fears have failed to materialize so far. One reason for this is that people generally tend to underestimate the potential for new jobs that emerges due to the creation of new occupations and industries. For examples, there is a growing range of new job opportunities in fields such as big data analysis, social media, automated transport etc, as well as a in the area where human and machine intelligence collaborate for people in humanities, science, technology, engineering and mathematics (STEM), design, customer service and medicine (Daugherty, 2018).

So on the other end, we could expect a much brighter prospective of the technology – transforming people’s life with the power of computers, nanotechnology, artificial intelligence, biotechnology, and most of all, the quantum theory( Kaku , 2011). In very near future, we may witness that computers, as we know them, will disappear, augmented reality will be everyday reality, the brain-net will augment the internet, robots will be commonplace, aged body parts will be replaced, parents will design their offspring and cyber medicine will extend lives (Kaku, 2013).

Somewhere in the middle, in the last few decades we see one noticeable change has been a the “polarisation” of the labour market (Autor, 2015) due to the fact that many middle-skilled jobs (e.g. office administration, machine operation) consist of cognitive or manual tasks that can relatively easily be automated with recent technology because they follow precise, predictable procedures. By contrast, low-skilled service jobs (e.g. personal care, cleaning, security) encompass many tasks that are relatively easy for humans, but very difficult to automate with current technology. Equally, high-skilled jobs (e.g. technicians, educators, managers) frequently require creative problem solving and complex social interaction that are also harder to automate.

One result of this job polarisation is that many workers who performed middle-skill jobs have been pushed into lower paid and lower-skilled occupations, whereas the pressure to increase skills through lifelong learning and continued education in order to avoid this fate has grown. The interplay between machines and humans allows computers to substitute for workers in performing routine, codifiable tasks while amplifying the comparative advantage of workers in supplying problem-solving skills, adaptability, and creativity.

Data shows that innovative technology today is largely displacing workers to new jobs, rather than replacing them entirely (Bessen, 2015), so ICT will not cause technological unemployment, but rather force workers to quickly upgrade skills. Put in a nutshell, the large explosion of jobs in the future will be jobs that robots cannot do (Kaku, 2018) and the hardest activities to automate with currently available technologies are those that involve managing and developing people or that apply expertise to decision making, planning, or creative work (McKinsey, 2017).

Circular Economy
The transition from carbon to a green economy and the rise of renewable energy production is a key source of growth for new jobs. In light of a talent shortage, employers in solar, wind and hydroelectric may want to source candidates from the oil industry as those workers search for new roles. 24 million new jobs will be created globally by 2030 if the right policies to promote a greener economy are put in place, a new ILO report says (ILO, 2018). Furthermore, the growing importance of sustainability has reached all sectors. Many industries have realised that investing in resource efficiency, energy efficiency, renewable energy, waste and water management etc. actually saves them money by being less reliant on primary materials and imports.

Gig Economy and the Skills for the Future
We have already started to witness the increase of the so called “gig economy” – a business environment which includes crowd work and work on-demand via apps (De Stefano, 2016). This sees organisations contract with independent contractors and freelancers for temporary engagements instead of full-time employees. Today, a contractor can be anyone from a welder to a writer or a web designer. Even traditional in-house roles have gone the way of the gig economy, forcing companies to adapt to their employees’ changing needs. 85% of companies say they will transition to a more “agile workforce” in the next few years (Scudamore, 2018). Technology is increasingly allowing jobs to become customisable, with individuals able to choose who they work for, where they work, how much they work, and the pace at which they work. “As a result, the boundary between work and personal life is becoming increasingly blurred and we are witnessing a gradual move away from individuals trying to achieve a better “work-life balance” towards a greater “work-life integration” (OECD, 2017).
This will change completely the traditional meaning of terms like “jobs” or “career” and require future “employees” to possess a “broad range of skills which opens doors to personal fulfilment and development, social inclusion, active citizenship and employment. These include literacy, numeracy, science and foreign languages, as well as transversal skills and key competences such as digital competences, entrepreneurship, critical thinking, problem solving or learning to learn, and financial literacy. Early acquisition of these skills is the foundation for the development of higher, more complex skills which are needed to drive creativity and innovation. These skills need to be strengthened throughout life, and allow people to thrive in fast-evolving workplaces and society, and to cope with complexity and uncertainty” (EC, 2016).

The Future Workplace
The work environments in the near future are expected to feature more autonomy, less routine, more use of ICT, reduced physical effort, and increased social and intellectual tasks. The skills needed by the labour market will shift and workers will have to supply new skills to match changing needs. An aging workforce, over-qualification and job polarisation at the top and bottom of the skills scale will be some of the key challenges of the next decade (CEDEFOP, 2018).

Demographic Changes
For the first time in history, older generations are expected to soon outnumber young people (WHO, 2011). Globally, people aged 65 and above are projected to account for 11.7 per cent of the total population in 2030, and 15.8 per cent in 2050 up from 9.3 per cent in 2017 (ILO, 2018). The various impacts of an ageing population can include:
● Increased pressure on social systems leading to people having to work longer
● More government spending on health care and pensions
● A shortage of workers
● Increasing market for goods and services linked to older people. (Pettinger, 2016)
This demographic shift will create a growing demand for talent in various different sectors; from personal care and health-related jobs to financial planners or support workers for the elderly, such as life coaches and interior designers experienced in accessible environments (Hannon, 2010).
The working age is expected to increase and employers will need to keep older workers engaged to avoid losing them to retirement (through flexible work arrangements and investments in skill development). This means lifelong learning, training and work coaching for older workers will also become more common. Equally, talent shortages may encourage young working-age migrants to move and so further contribute to workplace diversity. However, this will also require more flexible approaches from employers and more intercultural and interpersonal skills from employees.

Another aspect of demographic change that will influence the future of work is the entry of more millennials and members of Generation Z into the workforce. This cohort of “digital natives”(Prensky, 2001) will soon make up the majority of the global population and workforce. They are highly entrepreneurial generation, but although motivated by money and job security, they also want their careers to have both a purpose and passion (Monster, 2016).